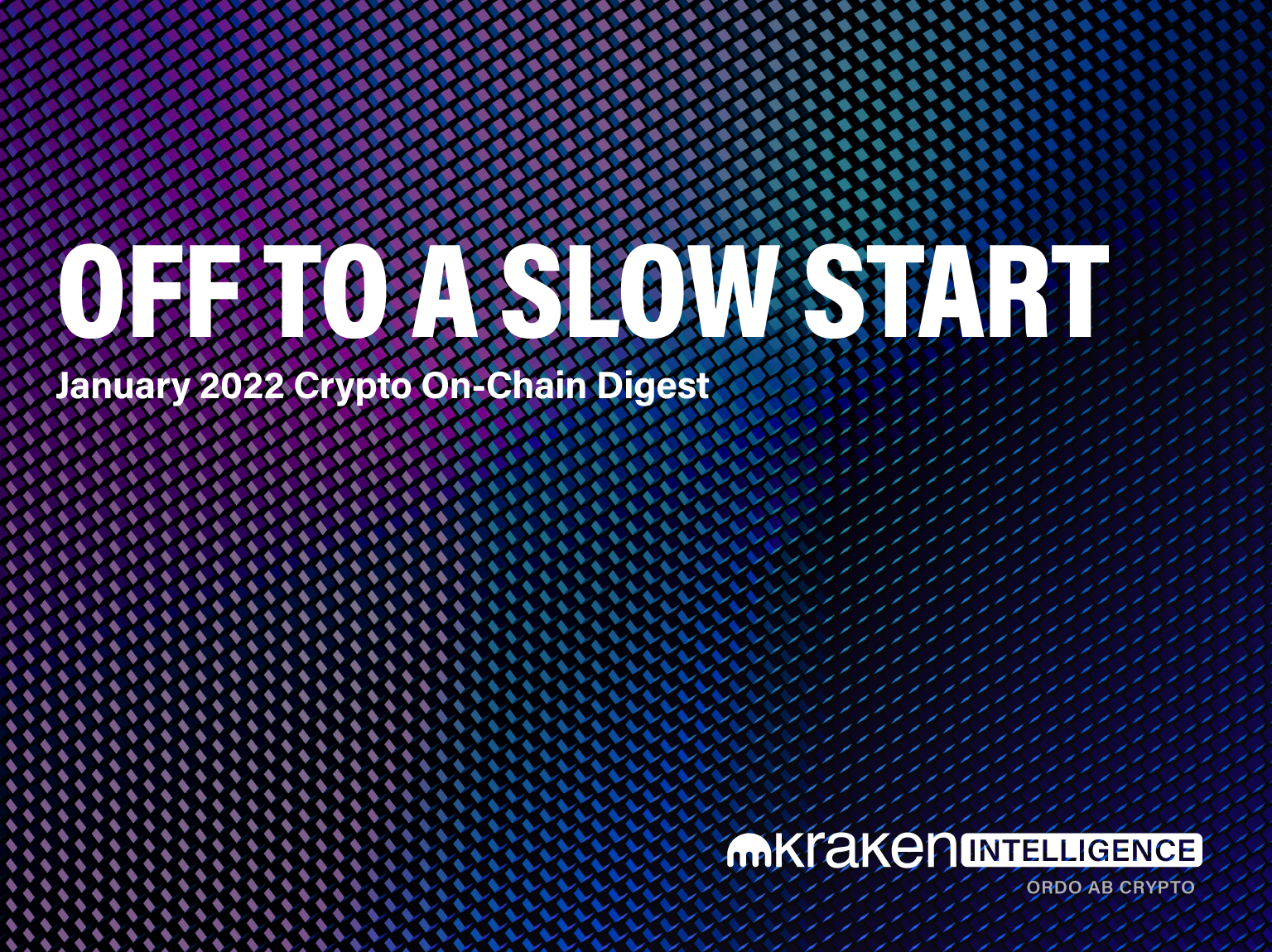 Some believe this downtrend to have been driven largely by concerns over the Federal Reserve’s hawkish policy after the December Federal Open Market Committee (FOMC) hinted at accelerated tapering, hikes in interest rates, and potential quantitative tightening.

While the Fed’s tone has some convinced that a bear market may be ahead, it’s crucial to examine on-chain data to get the full picture. In Kraken Intelligence’s latest report Off to a Slow Start, the team delves into on-chain metrics to figure out whether cries of a looming bear market have any merit.

BTC’s HODL Waves reveals that the number of unspent coins older than six months held by long-term players dipped -0.77 percentage points to 52.2% from November 2021 to December 2021, and the number of unspent coins younger than six months increased +0.66 percentage points to 24.76%. These figures indicate that the recent market weakness has coincided with a reduction in holding accumulation. What’s more, Bitcoin and Ethereum network activity has decreased since the November highs, with drops of -8.4% and -16.2% in active addresses, respectively.

All hope is not lost

Though BTC’s HODL Waves suggested immediately marketable supply of BTC was increasing, a departure from our previous observations that BTC was undergoing a “supply shock,” the new trend failed to stick as long-term holdings accumulation resumed after the brief stint. Moreover, on-chain indicators like BTC’s spent output profit ratio (SOPR) and ETH’s market-value-to-realized-value (MVRV) Z-score suggest that the multi-year bull may not be over just yet.

Though BTC’s SOPR indicates that market participants are chiefly trading at a loss, the situation was much worse during Bitcoin’s most recent retracement (from $65,000 to $30,000) — and prices soon rebounded to hit new all-time highs. Don’t count BTC out just yet.

Want to learn more about what went down and what’s ahead? Download the Kraken Intelligence report Off to a Slow Start, to understand what’s moving the market and where prices may be going.