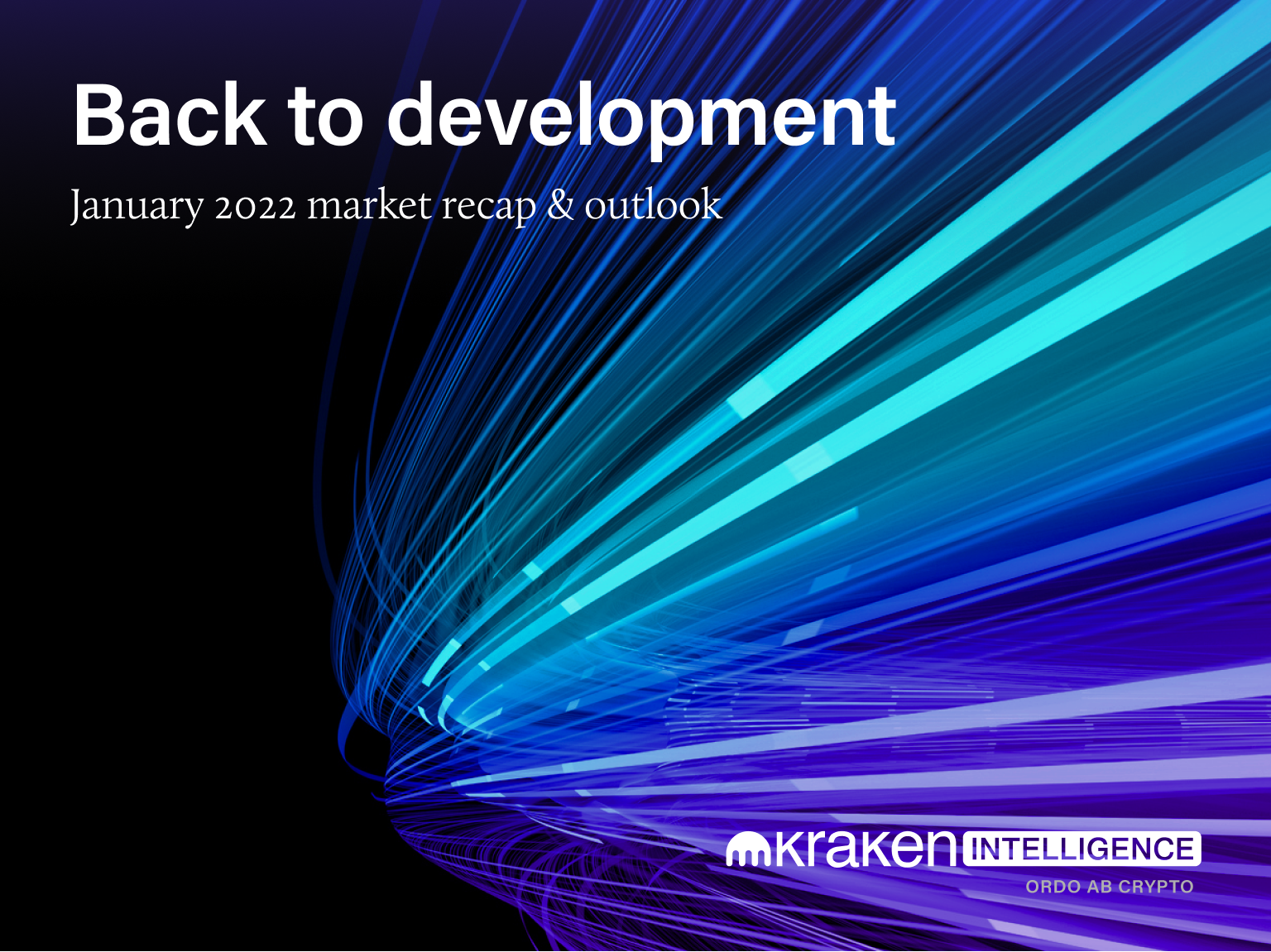 2021 was a year of rapid growth for the digital asset industry. January 2022 however, saw a broad market sell-off and underwhelming performance, with DeFi tokens ending the month down between -4% and -79%. Despite market weakness early this year, the NFT and GameFi industries have picked up momentum in January with unlikely players entering the space.

Kraken Intelligence’s latest report, Back to Development, takes a closer look at the events that shaped the crypto space in January.

After hitting an all-time-high price in November 2021, Bitcoin entered the new year at $47,560, before slipping below the $40,000 mark towards the end of the month. Despite weak price performance, BTC’s hashrate was at its highest just after New Year’s Day. It wasn’t all doom and gloom for Ethereum, as CME’s Micro Ether futures product, launched in December 2021 surpassed 500,000 contracts on January 24th.

In January 2022, Big Tech drove innovation in the NFT space as Twitter launched an NFT avatar feature and Apple expressed interest in investing in the metaverse during their earnings call. And in an unexpected move, Walmart submitted an application to sell virtual goods in the metaverse and to create their own token. While January was a slow month for crypto holders, the space continues to evolve as an increasing number of mainstream entrants join the NFT world.

Want to learn more about what went down and what’s ahead? Download the Kraken Intelligence report Back to Development to understand what’s moving the market and where prices may be going.