Kraken’s ‘Crypto Asset Spotlight’ takes a closer look at crypto assets trading on our exchange when they display notable trends.

The end of May was relatively quiet in the crypto markets, as Bitcoin traded in a narrow range below $10,000. However, there were big gains to be had if traders knew where to look. 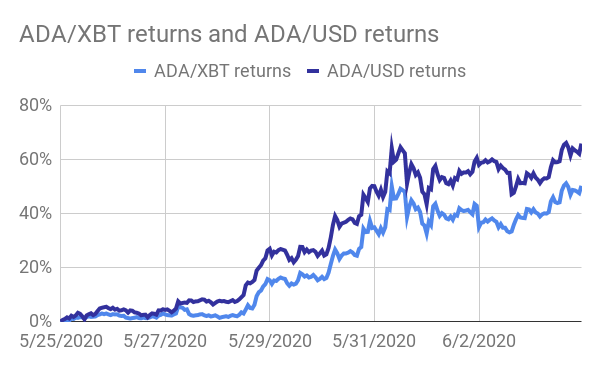 A huge jump in volume accompanied the move, as ADA volume was about 13x higher on May 31 than it was on May 26 (Figure 2).

In turn, ADA charged up Kraken’s volume rankings by four positions, becoming the fourth most heavily traded asset on the exchange, behind bitcoin (XBT), ether (ETH) and Tether (USDT). 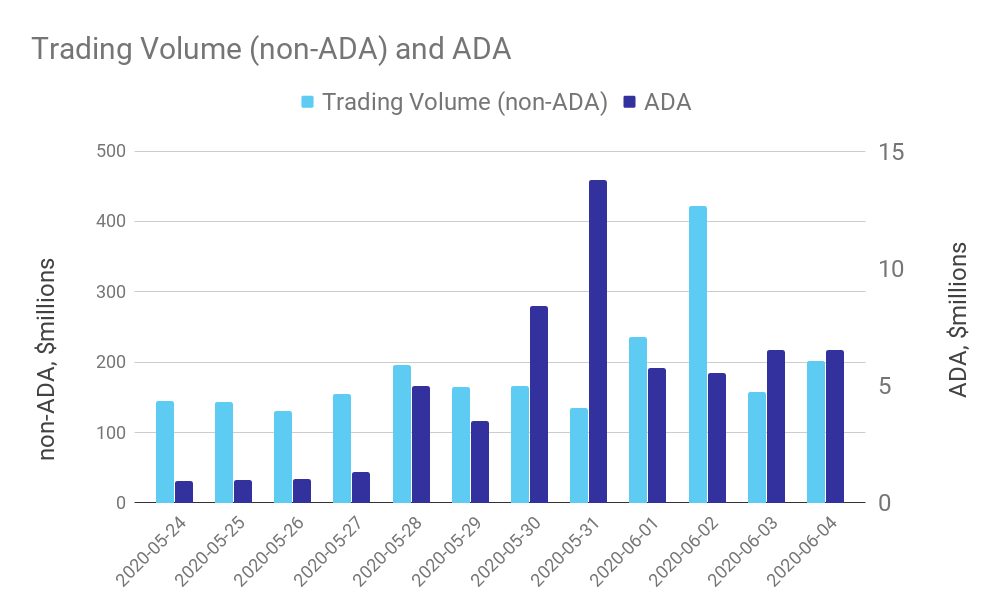 Figure 2: ADA Daily Volume vs All Other Cryptos

What was behind the move?

On May 28, Cardano announced a prospective plan for the rollout of its “Shelley” upgrade, and a timeline for the launch of its staking rewards. With staking live, ADA investors will be able to lock ADA in special contracts to accrue a share of the new currency minted by the protocol.

The Shelley upgrade marks a notable step in the platform’s shift to this model. Prior to its release, the mainnet has been operated by nodes controlled by the Cardano Foundation

The key dates given by Cardano in their announcement are:

Here’s an infographic of the rollout plan provided by Cardano: 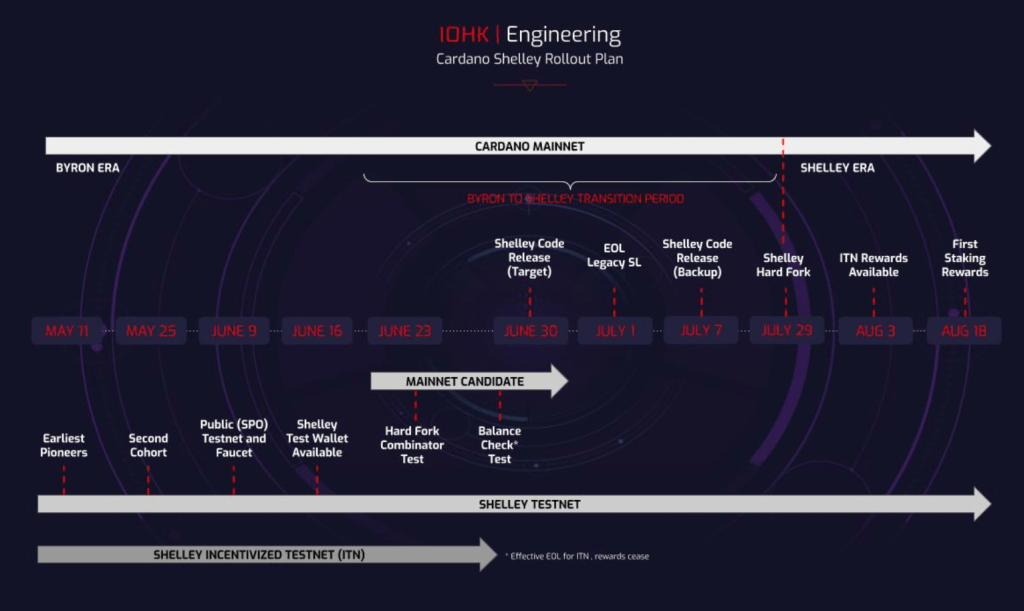 Note: The dates and timeline above are for the Cardano project only. Kraken has not announced any plans to support ADA staking rewards on our platform.

ADA’s move is another example of what we pointed out in our previous Crypto Spotlight – that unique opportunities exist for savvy traders who stay abreast of tech developments in crypto.

Notably, ADA defied the old adage that one should “buy the rumor and sell the news.”

What is Cardano (ADA)?

Cardano has features that are by now very familiar to major cryptocurrency projects, such as a proof-of-stake consensus model, as well as the ability to program smart contracts and build decentralized applications (dapps).

However, Cardano differs from the other projects by emphasizing a research-driven approach to design, aiming to achieve an academic rigor it believes will propel adoption of its technology.

Another differentiator that has been claimed for Cardano is that it is more scalable with fewer tradeoffs compared to other projects. The reaction to the recent announcement may in part reflect a sense that the Cardano project is moving along more quickly than expected.

Learn more about Cardano in our official guide.