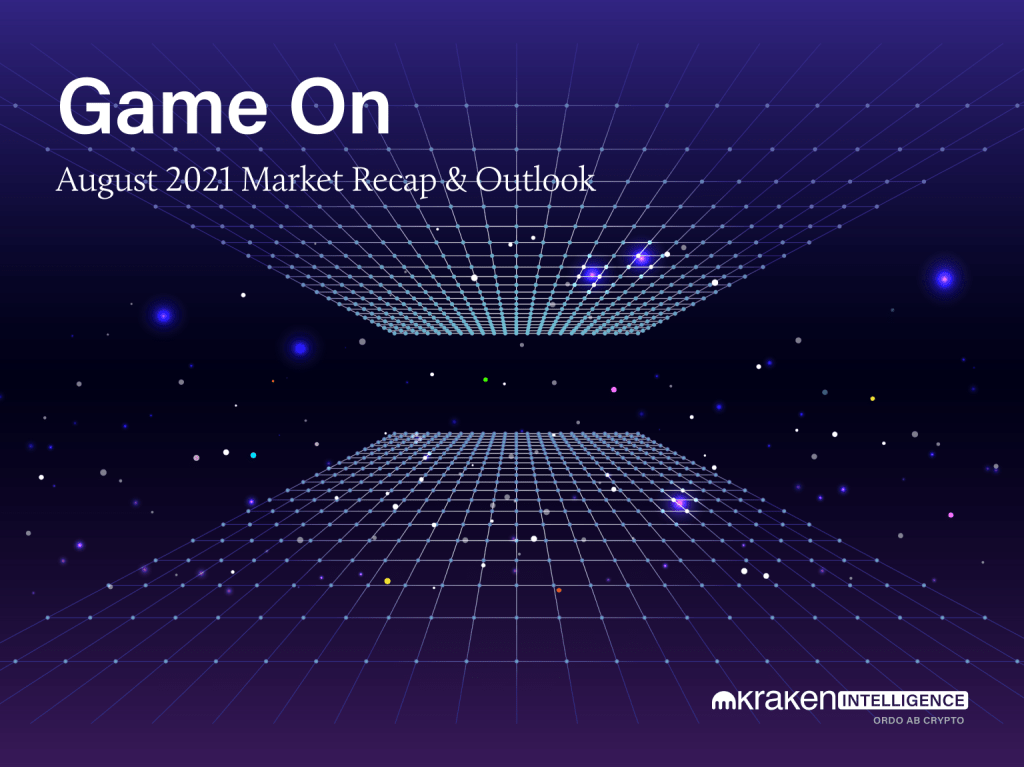 The crypto market has rallied from year-to-date lows, renewing hope of a bull market on the horizon. But, historical price analysis suggests the market may be due for a pause.

In our latest report, “Game On,” the Kraken Intelligence team examines how much crypto rallied in August and whether the momentum could carry over into September – or what is, on average, the worst-performing month for bitcoin.

Bitcoin had a pivotal August as it reclaimed the 200 day moving average and its Bull Market Support band. With a potential golden cross looming, our team also looked at a historical analysis to see what this might mean for the future price of bitcoin.

Ethereum also made waves thanks to its London hard fork. The network upgrade aimed at stabilizing fees in part by burning ether with each block produced attracted the attention of market participants, hence its +35% return last month.

The team also found that NFT demand and adoption was particularly strong. More than 350 CryptoPunks were sold for nearly $150M in a single day, the sale of which could have possibly been attributed to Visa announcing its very own CryptoPunk purchase. Not only that, NBA superstar Steph Curry bought an ETH-based Bored Ape Yacht Club NFT for $180,000, and NFT platform OpenSea underwent another parabolic rise in user activity as it finished the month with roughly $300 million in daily volume across 40,000 users.

“Game On” also covers a number of developments that can lend insight into what to expect in the month(s) head, including:

Read “Game On,” to learn more about the significance of these events and gain insight into the crypto market’s potential to buck its historical September trend of negative returns.