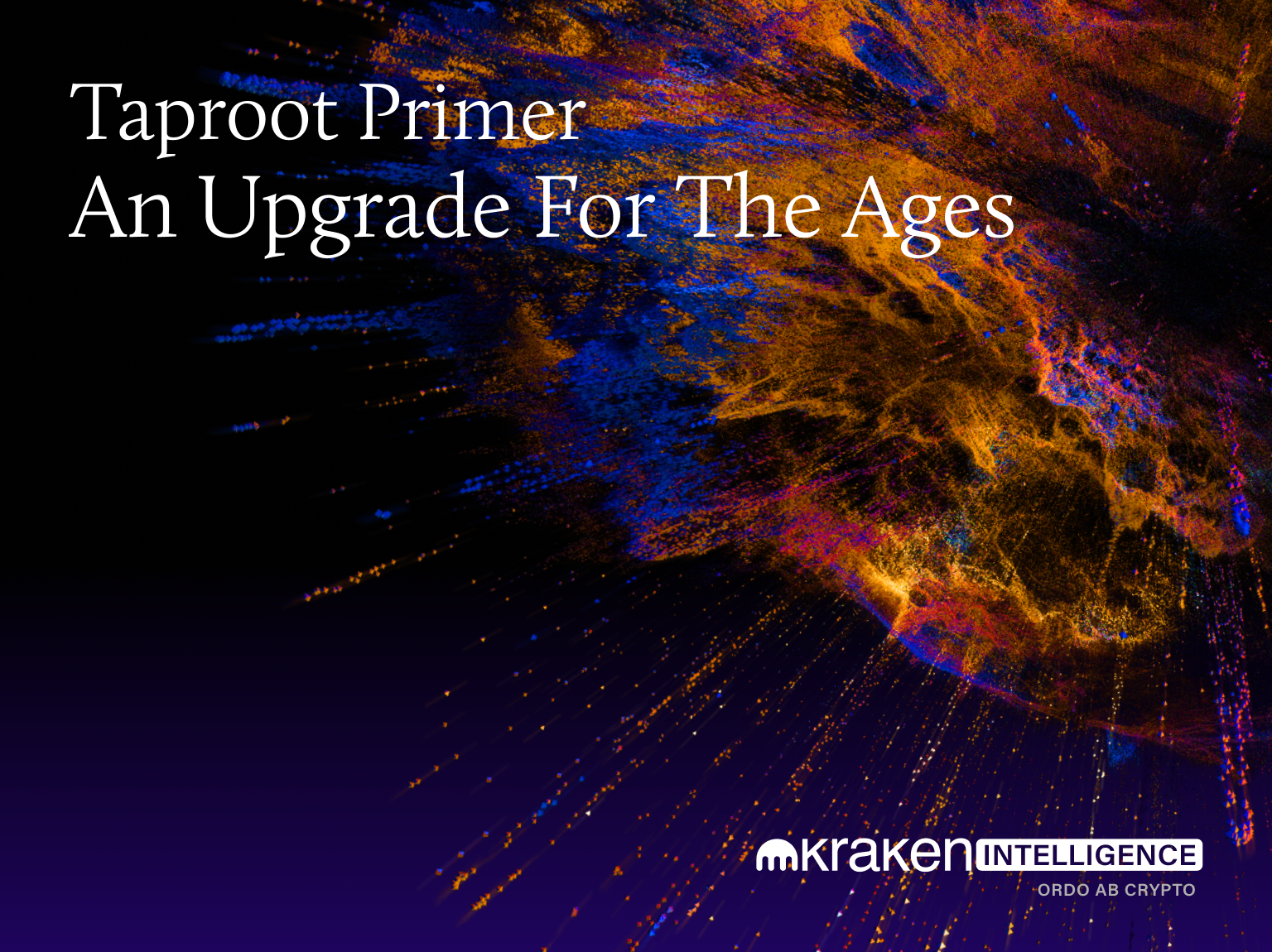 One of Bitcoin’s biggest upgrades of all time is just around the corner, but few understand its potential impact.

In Kraken Intelligence’s latest report, “Taproot Primer: An Upgrade For The Ages,” our team breaks down each of the three Bitcoin Improvement Proposals (BIPs) included in the Taproot upgrade and explains the transaction efficiency and user privacy benefits the upgrade will bring to the Bitcoin protocol.

After being first proposed in 2018, consensus for Taproot’s implementation was reached in June 2021 and its three proposals (Schnorr, Taproot, and Tapscript) are anticipated to go live in November 2021.

BIP341 (Taproot): Taproot brings Merklized Alternative Script Trees (MAST) to the Bitcoin network, ensuring that only the executed condition of a bitcoin transaction, rather than all possible outcomes, are committed to the blockchain.

BIP342 (Tapscript): Tapscript delivers an improved version of the programming language (Script) used to conduct bitcoin transactions, which will allow the protocol to utilize the benefits of Schnorr and Taproot. Tapscript also enables developers to implement future upgrades more seamlessly.

Taproot’s enhanced user privacy and transaction efficiency benefits are two sides of the same coin. The upgrade means that details about a user’s unexecuted spending conditions are not revealed, resulting in improved privacy when transacting on the network and a lighter data load on the blockchain.

Additionally, Taproot is expected to enable large multi-signature vaults, allowing users to lock up bitcoin for usage in a sidechain while costing the same as a single-signature transaction. These improvements are expected to be especially significant for the Lightning Network in supporting massive channels that were previously infeasible.

The upcoming Taproot upgrade is significant not just in its technical changes, but in its implementation process. Some believe that Taproot will set the operational foundation for how Bitcoin protocol upgrades are implemented in the years to come.

Taproot has the potential to further empower users and pave the way for a new era for Bitcoin following activation in November 2021. Learn more with Kraken Intelligence.