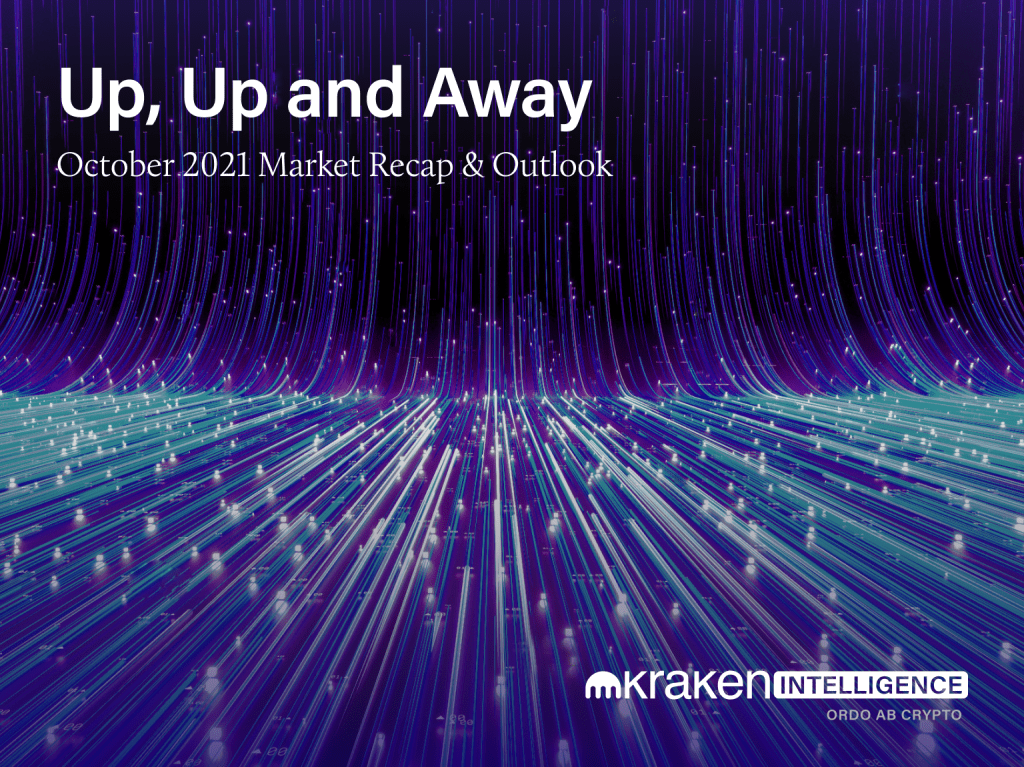 October was dubbed “UPtober” by many in the crypto market as the price of bitcoin, ether and other cryptoassets raced to new all-time highs.

In its latest report Up, Up and Away, the Kraken Intelligence team examines the factors that led to an upswing in BTC and other cryptos. Additionally, the team analyzes a number of on-chain metrics, fund flows and technicals that indicate some altcoins could outperform BTC for the rest of the year.

Last month, the Securities and Exchange Commission approved several futures-based Bitcoin ETF contracts for use in traditional markets. The first, BITO, rapidly became one of the most sought-after funds. Within the first two days of its launch, it became the fastest ETF to reach $1 billion in assets under management (AUM) — which propelled BTC to a 40%+ close.

Ethereum’s price hit new all-time highs and network demand surged to a six-week high of $51 per transaction amid strong demand from DeFi protocols, modest NFT activity and high demand for meme coins. The network also implemented the Altair upgrade, which moved it one step closer to a full transition to Proof of Stake. The upgrade sets the table for “shard chains” that expand the network’s capacity.

NFT innovation, development and sales persisted in October despite softness in overall market interest — as evidenced by daily volume on OpenSea falling by 50%. Yield Guild Games announced they would commit $1M in purchases of NFT assets from the upcoming blockchain game Star Atlas, a Solana Monkey Business (SMB) NFT sold for a record $2 million and a Rare Pepe NFT sold for $3.6 million.

What’s In a Meme

The darling dog coins received renewed interest from the market, thanks in part to entrepreneur Elon Musk. As of month end, DOGE, SHIB, ELON, SAMO, and HOGE were the top 5 best performing memecoins.

Want to learn more about what went down and what’s ahead? Download the Kraken Intelligence report Up, Up and Away, to understand what’s moving the market and where prices may be going.