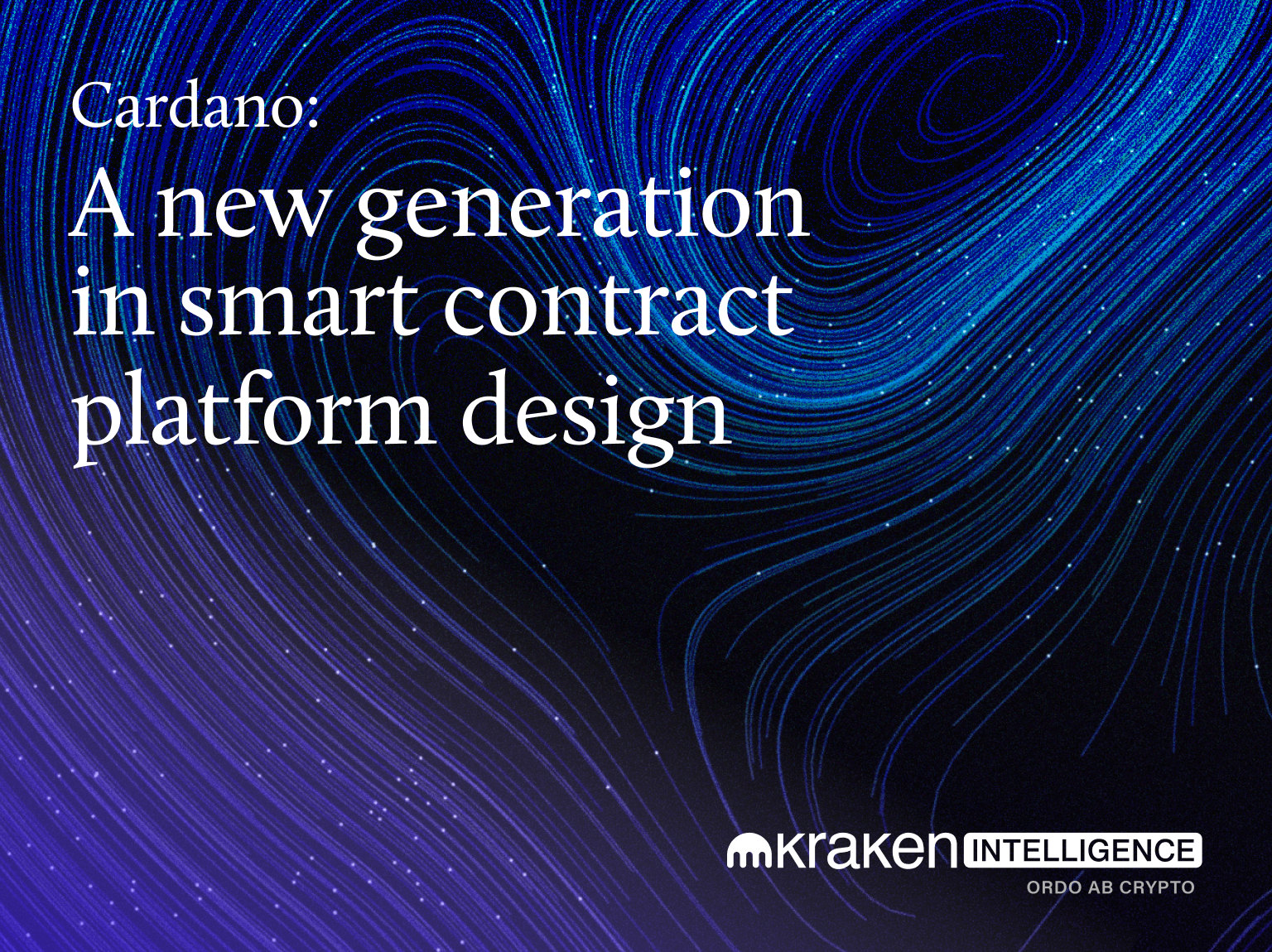 Cardano (ADA) initially rose to fame in 2017 as one of the more anticipated Initial Coin Offerings (ICO) of the year. Over time, the project persisted through a daunting crypto winter to earn its place among the top crypto assets by market capitalization.

In Kraken Intelligence’s latest deep dive, the team takes a closer look at this unique project and its research-driven approach to protocol design.

Cardano was conceived in 2015 by Ethereum co-founders Charles Hoskinson and Jeremy Wood. Cardano is a permissionless, smart contract platform which runs on its Proof-of-Stake Ouroboros blockchain protocol.

Its currency, ADA (₳), was intended to mimic Bitcoin’s maximum supply model, such that no more than ₳45 billion will ever exist. Similar to Bitcoin, the rate at which new ADA is minted decreases over time.

In this report, the Kraken Intelligence team takes a deep dive into Cardano and its unique design, including its PoS-based Ouroboros protocol and Extended Unspent Transaction Output (EUTXO) accounting model. Further the team recaps recent developments, takes a look into on-chain activity, and gives insight into what’s expected for the future of Cardano.