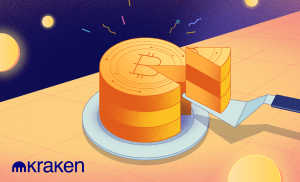 There’s a common misconception among prospective bitcoin buyers that only those with deep pockets can afford to access the market. However, this is simply not the case.

Using exchanges like Kraken, people can buy as little as $10 worth of bitcoin (BTC). This is possible because there are smaller units of bitcoin, similar to how one U.S. dollar is made up of one hundred cents.

Investors that don’t have thousands of dollars of disposable income to purchase a whole bitcoin can buy fractions of one instead.

The units of bitcoin

The smallest unit of a bitcoin is known as a satoshi, or a SAT.

One hundred million satoshis (SATS) make up a single bitcoin, meaning it’s possible to purchase 0.00000001 BTC or one hundred-millionth of a bitcoin.

The unit was officially named after the creator(s) of Bitcoin, Satoshi Nakamoto, in 2011 following a discussion about the asset’s divisibility on the Bitcointalk forum.

Advancements in secondary scaling technologies – external solutions that help blockchain networks like Bitcoin reduce congestion and achieve greater transaction throughput – have paved the way for users to transact even smaller units than the satoshi.

The Lightning Network (LN) is one such technology that allows users to transact with significantly smaller amounts than would otherwise be possible on the Bitcoin blockchain.

The LN lets users transact in up to one thousandth of a satoshi. This smaller unit, known as a millisatoshi, only exists on the LN and is rounded down to the nearest satoshi once final balances are recorded on the Bitcoin blockchain.

Why satoshis are important

One of the main motivations for splitting bitcoin into smaller units was to facilitate micropayments.

In the Bitcoin Whitepaper, Nakamoto envisioned people using bitcoin as a worldwide electronic cash system. To achieve this, smaller units were needed to ensure holders could purchase everyday items like a cup of coffee should the fiat-denominated price of bitcoin rise over time.

Fast forward to the present day, and major tech companies such as PayPal have helped realize this vision with integrated payment solutions that allow millions of customers to use their bitcoin balances to purchase goods or services through the platform.

That being said, high bitcoin fees and price volatility during periods of heavy congestion impact the feasibility of micropayments. Because of this, many people choose to hold bitcoin as a store of value instead of using it as a medium of exchange.

In addition to micropayments, bitcoin’s divisibility means that anyone can invest in the asset no matter their level of wealth.

Regardless of how bitcoin’s market price fluctuates, the amount of bitcoin that Bob purchased will remain the same in his wallet. Bitcoin’s divisibility into smaller units allows for accessibility for millions of people around the world. While the fiat-to-bitcoin price could change, Bob’s fraction of a bitcoin will always stay the same.

Get started with Kraken

With Kraken, you do not need to purchase a whole bitcoin in order to participate in the cryptocurrency ecosystem. Sign up today and get started investing in bitcoin with just $10.

These materials are for general information purposes only and are not investment advice or a recommendation or solicitation to buy, sell or hold any cryptoasset or to engage in any specific trading strategy. Some crypto products and markets are unregulated, and you may not be protected by government compensation and/or regulatory protection schemes. The unpredictable nature of the cryptoasset markets can lead to loss of funds. Tax may be payable on any return and/or on any increase in the value of your cryptoassets and you should seek independent advice on your taxation position.