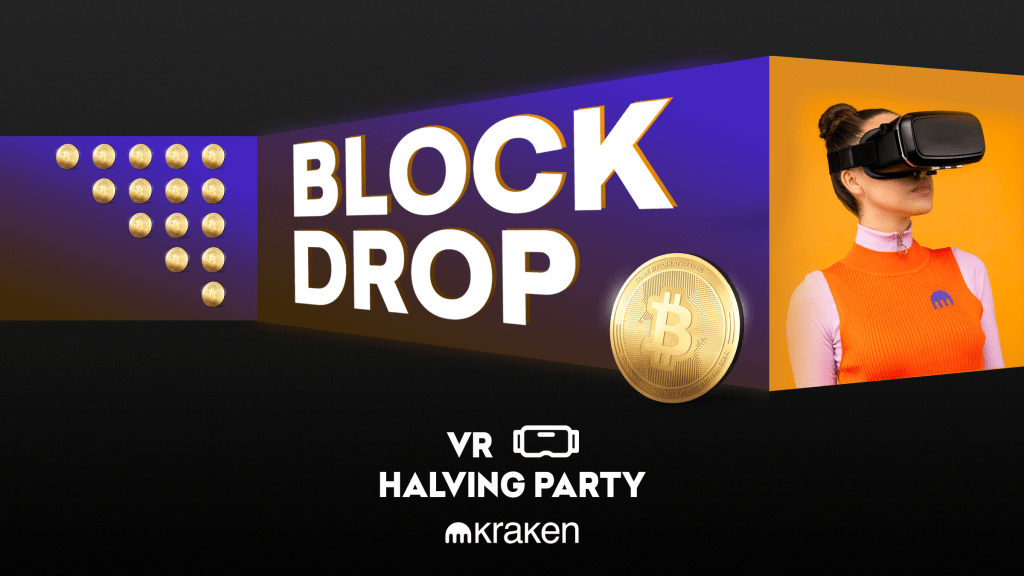 At Kraken, we want to celebrate Bitcoin for all it continues to accomplish in the fight for a better financial system. That’s why we’re committed to bringing Bitcoiners together for a memorable experience, despite the global uncertainty currently keeping so many apart.

Attendees will be eligible to win prizes as part of our giveaways, including a FREE Oculus Quest headset (valued at $600), Kraken t-shirts and more.

Further, the event will feature special panel sessions moderated by Kraken experts, including Dan Held, Pete Rizzo and Pierre Rochard, with a special appearance by our CEO Jesse Powell.

We’re hard at work finalizing an all-star line-up of guests and speakers, and are happy to say that exciting announcements are coming soon.

You can keep track of developments via the Kraken Twitter, the Reckless VR Twitter or with the hashtag #BlockDrop.

What If I Don’t Have a VR Headset?

Not a problem! We’re aiming to stream the event live to Kraken’s Facebook, Twitter and YouTube channels. You will also be able to join the virtual venue on a Windows PC, without a VR headset.

Look out for email and social media messaging with additional details.

When is the Halving?

Due to the decentralized nature of Bitcoin, we don’t know exactly when the halving will be.

We’re actively monitoring the latest blockchain data and best estimates suggest it will occur sometime between Sunday, May 10th and Wednesday, May 13th.

Wait… What is the Halving?

Still not sure what we’re celebrating?

The Kraken research team has compiled an introductory report that outlines the halving and how it has historically impacted Bitcoin. You can read the full report here. Also available is Pierre Rochard’s Kraken webinar, “Bitcoin’s Third Halving,” now on YouTube.

VR meetups are held every week, with talks by leading developers from teams like Lightning Labs, BTCPay and JoinMarket, as well as interviews and panels with guests like Peter McCormack and the Magical Crypto Friends.

As part of the news, Kraken will begin sponsoring the Reckless VR Bitcoin meetups.