Kraken’s ‘Crypto Asset Spotlight’ takes a closer look at crypto assets trading on our exchange when they display notable trends. 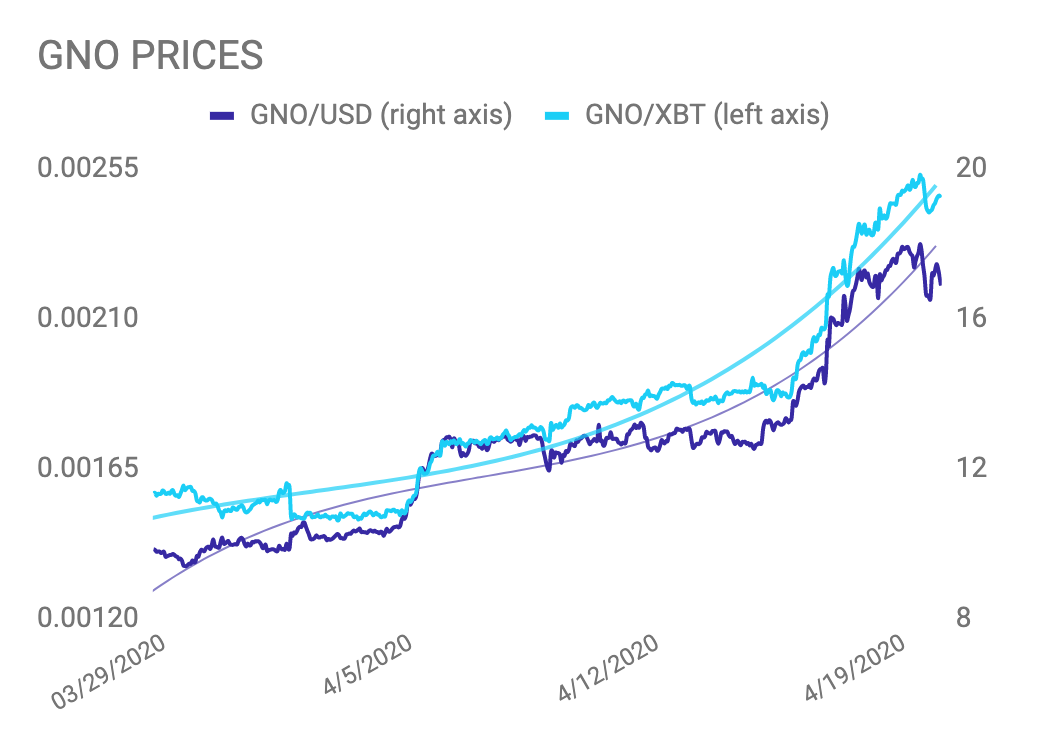 After the brutal coronavirus-related selloff in March, crypto markets rebounded strongly in April, though some assets performed better than others.

One asset that showed notable relative strength was Gnosis (GNO). From April 1 through April 19, the price of GNO was up an impressive 65% vs Bitcoin (XBT) and 85% vs USD (Figure 1).

The move had a clear pattern of increasing volume, with weekly trade volume more than doubling between the weeks ending April 5 and April 19. Weekly volume for all other cryptos was comparatively flat during the same time frame (Figure 2). 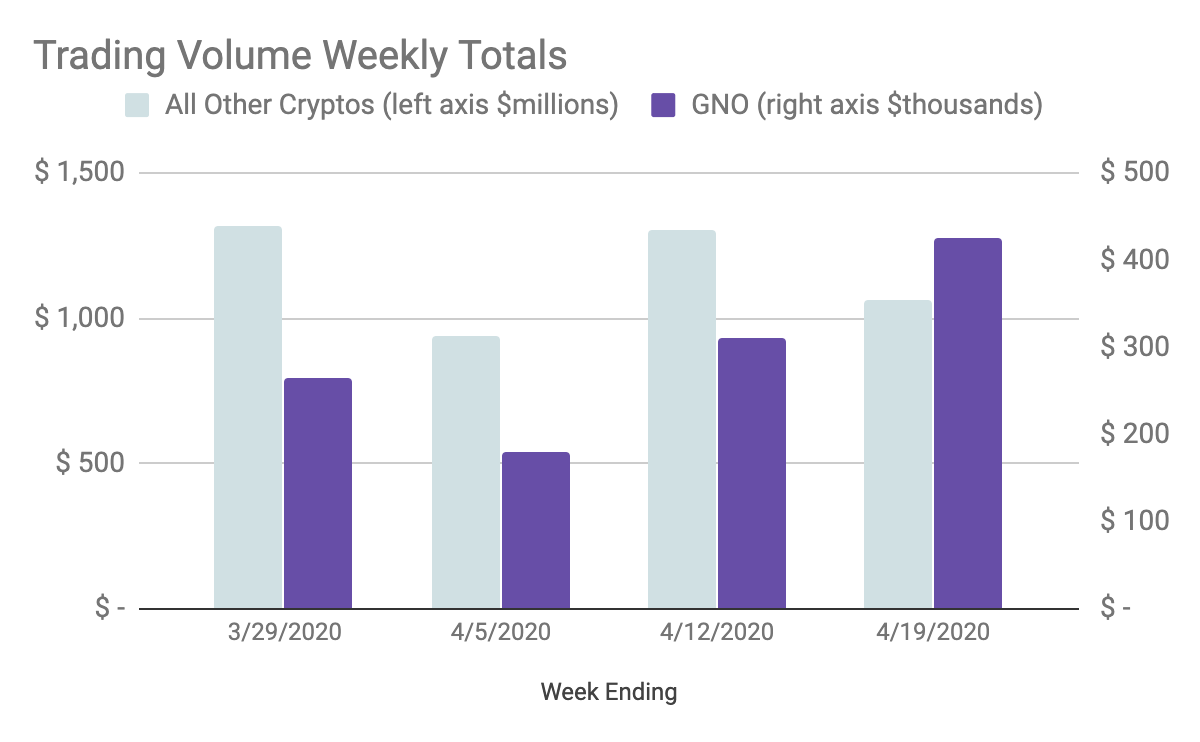 Figure 2: GNO Weekly Volume vs All Other Cryptos

While interest in GNO has since dropped back to lower levels in May, we believe the data represents an interesting signal for savvy traders.

Even amidst economic uncertainty, the numbers indicate a notable technical development from a lesser-known cryptocurrency project can still put upward pressure on price.

GNO’s bull momentum was likely due to excitement over the April 15 public launch of Gnosis’s decentralized exchange, Gnosis Protocol. Prior to launch, Gnosis Protocol traded about $2 million in volume in a private beta phase.

The key feature of Gnosis Protocol is that it aims to provide liquid markets with minimal price slippage even for assets that trade on low volume. This is achieved by batching orders together and offering users 50% of the trade fee for finding an optimal way to settle the batched orders.

Since April 19, GNO excitement has cooled off some and the best opportunity was for traders who got in ahead of the Gnosis Protocol launch.

Relative to USD, GNO extended its run into May, going over 10% higher than its April 19 peak before pulling back a bit. However, GNO did not maintain its relative strength against Bitcoin, with the GNO/XBT pair dropping over 20% on Kraken since April 19.

This was likely due to Bitcoin getting momentum of its own ahead of its rewards halving.

What is Gnosis (GNO)?

Gnosis aims to provide an open-source infrastructure for prediction markets built on Ethereum.

But more broadly Gnosis is building three product lines that work together allowing users to securely create, trade and hold crypto assets for this use case.

Learn more about Gnosis in our official guide.