These attacks affect wallets tampered with prior to the user receiving the wallet, as might occur in the event it is intercepted during shipment or purchased from a malicious reseller.

As shown below, the attacks could allow malicious actors to take control of computers connected to the wallets and install malware that might result in the loss or theft of funds stored.

In this scenario, the firmware of the non-secure processor is modified using a debugging protocol to act as an input device, like a keyboard, that can then send malicious keystrokes to the user’s host computer.

The Ledger Nano X ships with the debugging functionality enabled on its non-secure processor, a feature that is disabled as soon as the first ‘app’, such as the Bitcoin app, is installed on the device.

However, prior to any apps being installed, the device can be reflashed with malicious firmware that can compromise the host computer, similar to “BadUSB” and “Rubber Ducky” attacks.

The proof-of-concept video above shows an infected Ledger Nano X that acts as a keyboard when connected to a computer. Using keyboard shortcuts, it opens a browser and navigates to www.kraken.com.

Alternatively, the infected Nano X could have executed malware on the victim’s machine. Neither the Ledger Nano X device nor the Ledger Live software application display indication of tampering and identify the device as genuine.

This might be leveraged as part of an elaborate social engineering attack where the infected Ledger Nano X shuts off its display while malware on a computer convinces the user to press a series of buttons to approve a malicious transaction (e.g., “Your Ledger Nano X stopped responding, please hold both buttons to restart the device”).

As the display is disabled, the user would not notice or be able to verify the transaction on the hardware wallet.

Here is what you can do to protect yourself:

You should review the Ledger team’s response at: https://donjon.ledger.com/lsb/013/.

Ledger states on its website that JTAG is left enabled on the STM32WB55 processor for the purpose of allowing end-users to verify whether the STM32WB55 has been tampered with:

This is misleading, because Ledger currently does not actually publish any hashes that would make it possible to check the memory contents against a known firmware image.

Ledger states that “upon any signed application launch, the JTAG channel will be permanently closed and cannot be reopened.” However, it was found that the STM32WB55 is not validated at runtime at all. Hence, malicious firmware in which the code to lock JTAG after a signed application launch was removed, ran without any issues or without being detected by the ST33.

A PoC patch to the the Ledger Nano X firmware could be implemented as follows:

This change does not adversely affect the behaviour of the device, it continues to operate nominally. Moreover, the Ledger Live app will still continue to report that the device is genuine:

To allow easier programming of the STM32WB55 using JTAG, a Ledger Nano X was soldered to a breakout board to provide easy access to all the programming pins using the standardized ST-Link interface. In a real-world attack, because the firmware only needs to be modified once, namely before any Apps are installed, a spring-loaded pogo-pin interface could be used instead.

This would have the advantage of being indistinguishable from the programming method used during normal manufacturing and would require no additional modification to the overall device. 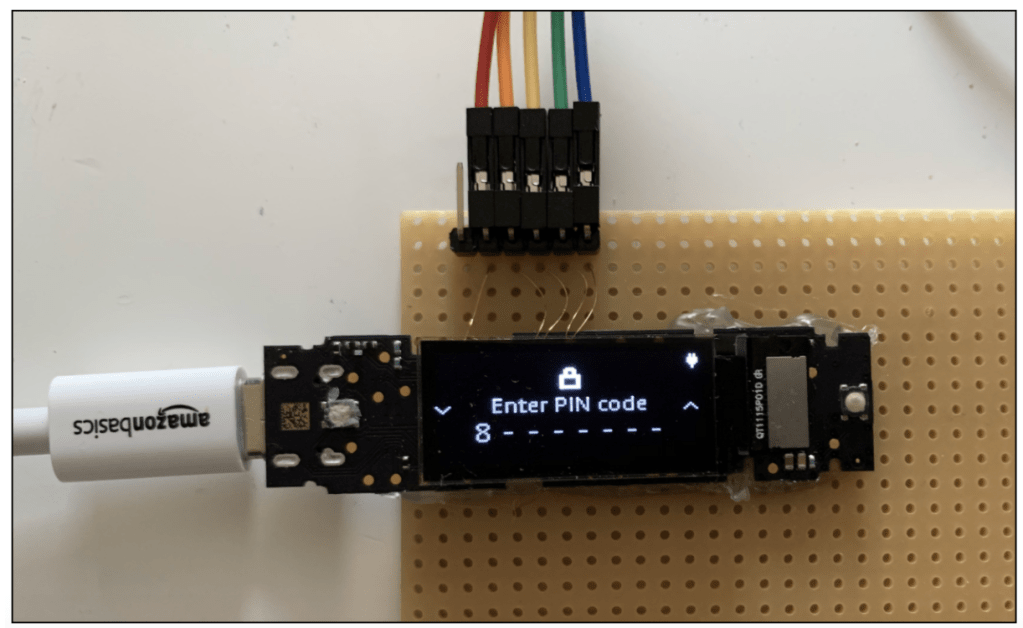 On the Ledger Nano X, all of the USB communication between the host and the hardware wallet is handled by the STM32WB55 processor.

As a result, by executing malicious code on the STM32WB55 it is possible for an attacker to repurpose a genuine Ledger Nano X into a malicious device, without hardware modifications.

The firmware can then send standard keyboard scan codes to execute malicious commands as the currently authenticated user.

A proof-of-concept was developed that, when plugged into a Mac OS running computer, opens https://www.kraken.com and then boots the original Ledger firmware. The Ledger Live application was not able to detect this tampering and identified the device as genuine.

On the Ledger Nano S, only the older ST31 secure processor was trusted. However, the display, buttons and USB were all controlled by the “non-secure” STM32F0 processor. As a result, malicious firmware executed on the non-secure processor could bypass the secure element by mimicking user input, for example to confirm a malicious transaction.

On the Ledger Nano X, this attack is no longer possible. One of the substantial design changes of the Ledger Nano X is an architectural change in which the peripherals, i.e. the display and the buttons, are directly connected and controlled by the ST33 secure processor and not to the “non-secure” STM32WB55. During the analysis of the underlying hardware, it was identified that the ST33 does indeed control the buttons and the display.

However, a single connection was identified between a GPIO pin of the STM32WB55 and the display. By driving this pin with values set using a debugger connected over the JTAG/SWD interface, the behaviour was found to be similar to the reset pin for the display. Setting the Output Data Register (ODR) bit of the corresponding GPIO pin to 0 turns off the display while the device continues to operate nominally.

Once the display is turned off there is no way for the user to identify what is being output on the display, nor can a user identify whether or not the device is actually running. Externally, the device looks like it’s turned off but is in fact still capable of accepting user input. Moreover, the device can still communicate with a host PC, including with the Ledger Live application.

A malicious attacker capable of flashing malicious firmware onto the STM32WB55 could combine this attack with social engineering. For example:

First, a malicious firmware image is programmed onto the STM32WB55. This malicious (backdoored) firmware will include code to turn off the display when certain conditions are met. Next, a malicious application running on the host PC such as a malicious version of the Ledger Live application can display a message, such as “Your Ledger Nano X stopped responding, please hold both buttons to restart the device.” 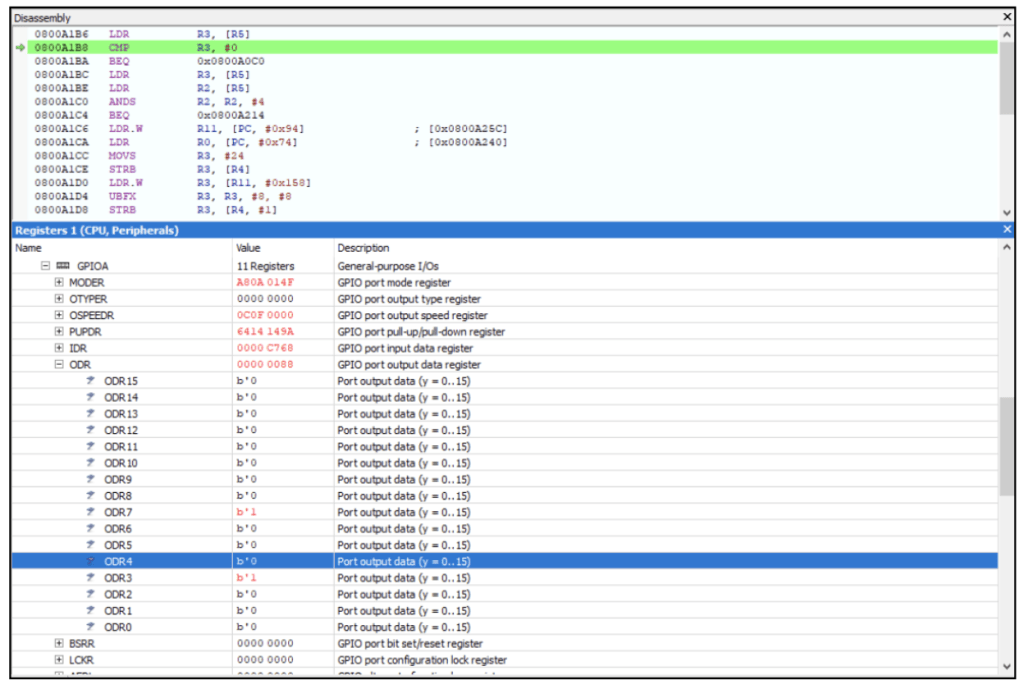 Figure 5: Setting this bit to 0 will disable the display, without stopping the device from working regularly.

It’s important to note that we did not test anything that wasn’t available at the time of this original research (prior to April 9, 2020), which notably includes software updates to the ST33 firmware or an SDK for developing Apps for the Ledger as Ledger had not yet shipped these.

Ledger released a firmware update to address these issues as part of our coordinated disclosure on July 8, 2020.