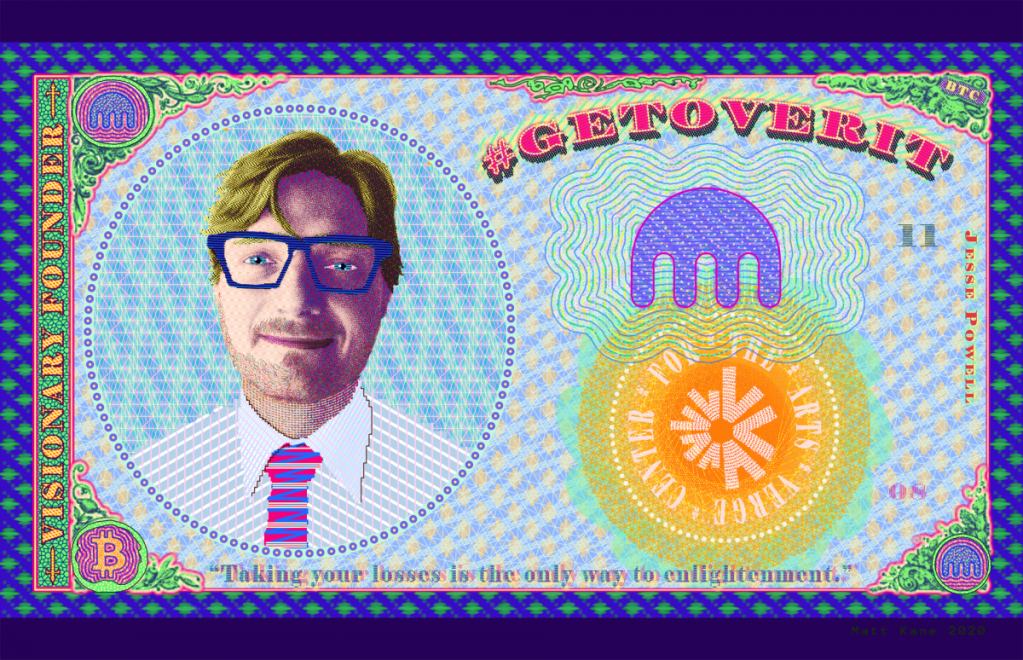 Kraken CEO Jesse Powell has made it his mission to ease the adoption curve for new cryptocurrency investors and traders – and that vision is having an industry-wide impact.

In fact, Coindesk, one of the market’s leading publications, has recognized Jesse by selecting him as one of its “Most Influential” people for 2020.

The list, which included MicroStrategy CEO Michael Saylor and Ark Invest founder Cathie Wood, highlighted Jesse’s success this year in establishing Kraken as a bank in Wyoming. In September, Kraken became the first digital asset firm to receive a banking charter in the state.

In his interview with the publication, Jesse discussed the importance of Kraken Bank to both the company and the wider advancement of cryptocurrencies, and he explained how his work with legislators helped push the state to the forefront of digital asset banking.

Thanks to Kraken’s efforts in Wyoming, Jesse explained how Kraken hopes to blaze a trail for clients looking to harness the power of digital assets for financial inclusion.

“That’s like the holy grail. Instead of having your paycheck go to Bank of America and you have to send it back out to the exchange, you could just have your paycheck deposited directly into your Kraken account.”

In additional remarks, Jesse expanded on how he will work with national lawmakers in 2021 to provide clarity for digital assets.

Jesse recognizes that governments and politicians could try to impede progress in the digital asset sector, and expressed his commitment to further educating them on the technology.

“If something comes up in court, they might be trying to figure it out for the first time, so it might just come down to the judge,” Powell said. “Whereas this stuff is explicitly spelled out in Wyoming.”

Kraken would also like to send a special congratulations to all the other members of CoinDesk’s Most Influential 2020 list. We celebrate your contributions to the digital asset industry!