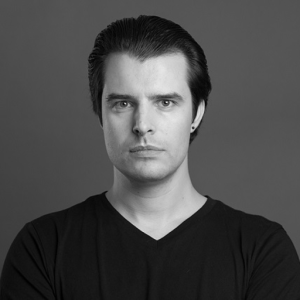 Kraken is thrilled to announce that Miha Grčar, a pioneer of the cryptocurrency exchange sector, will officially be joining our team as Head of Business Development.

For the better part of the last decade, Miha has helped Bitstamp gain recognition as a licensed financial institution in Europe, experience that will prove integral as he helps Kraken build critical banking relationships and forge new partnerships with essential stakeholders.

Miha is excited to join Kraken – which he describes as the industry’s biggest champion – and is eager to drive our next phase of growth as the leader in the European market.

This past year alone, Kraken has obtained new licensing in the U.K., allowing Kraken Futures to become the market’s first authorized derivatives marketplace. Further, we joined the Crypto Valley Association in Switzerland, bolstering our commitment to this entrepreneurial center.

As Miha gears up for the role, we sat down with him to understand his perspective on our industry’s humble beginnings and share his view on where it is heading.

Welcome Miha! What was your experience like discovering bitcoin?

I first learned about Bitcoin in late 2010 over drinks with Damian Merlak, one of the co-founders of Bitstamp. Since I’m not a technical person, what got my attention was the socio-economic potential of its permissionless design.

After I returned from my studies in Athens, Greece, I saw the full effect of central bank policies, and my worldview became “all in” on Bitcoin.

How have you seen the industry grow since you started working in it?

One could hardly call it an industry when I started. It was more like this global hobby that turned into a full-time job. Looking back on it now, it all looked like a strange geeky cult.

Prior to joining Kraken, I took time to reflect and was amazed how far we have all come. Bitcoin is more than a technology, it is more than an industry, it is a mission to build a better tomorrow.

You have been competing with Kraken for years, what made you want to join the team?

I truly believe that Kraken is the OG of the oldest crypto exchanges. Kraken was the only exchange that had the guts, brain and spine to stand up for its clients.

For instance, it was the only exchange that stood up after [early Bitcoin exchange] Mt. Gox imploded and said we are going to help its creditors. This is the stuff that made me take notice.

It is an organization that is very mission driven and does what is right for Bitcoin and its clients. This is something I deeply respect.

What hurdles do you think need to be overcome for further crypto adoption?

There is still a long way to go when it comes to educating potential partners coming from the traditional financial space. Regulation is also going to start to shape the space in a direct way, and one of the biggest threats is bad regulation.

For Europe, specifically, there is this fragmentation which effectively breaks the promise of the European Union’s single market into 27 regulatory environments that you then need to navigate. I don’t think that is good for the industry in general.

The end goal should be to emulate the internet – where consumers don’t even know they are using cryptocurrencies, blockchain or Bitcoin in day-to-day life. It’s just something that works under the surface – just like any infrastructure should.

It should be like email, you don’t think twice about all of the protocols that are working in the background.

For platforms like Kraken it is going to be a one-stop shop for the consumer – an awesome app on a mobile device where you can basically do everything, bank, take loans, earn rewards, buy and sell cryptocurrency, check out what your retirement looks like, all in a gamified fashion.