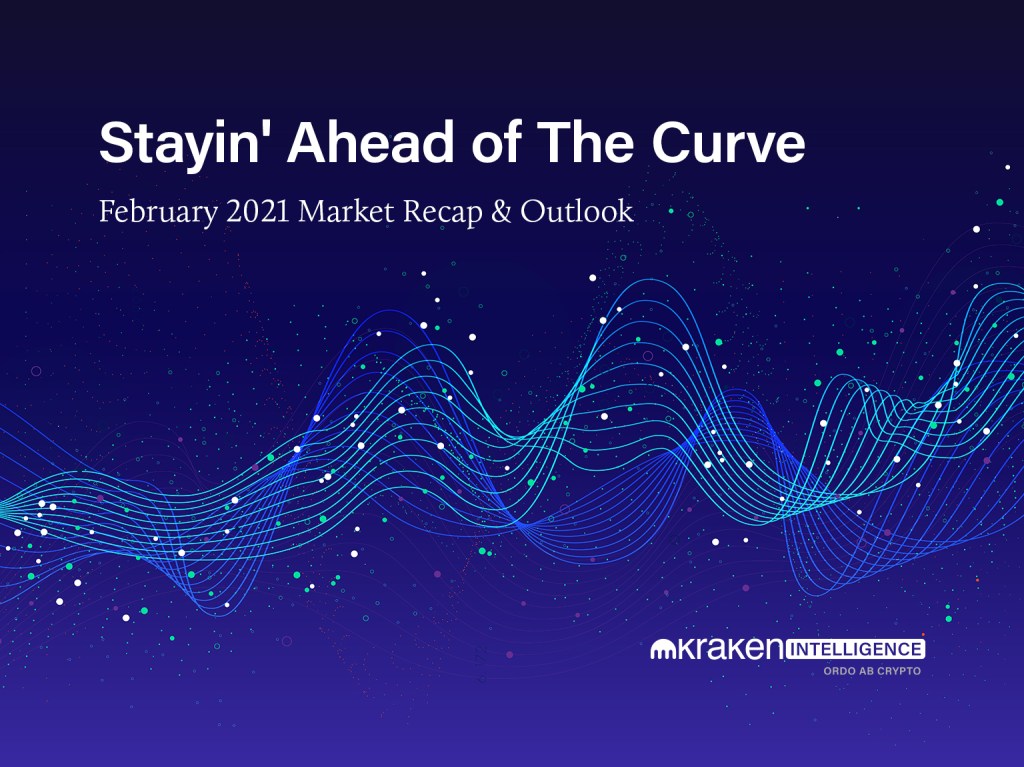 VIP clients are the first to receive Kraken Intelligence reports. If you’d like access to our newsletter or want to start trading, begin today.

The rollercoaster ride that is bitcoin’s latest rally has some wondering if we are nearing a market top, but our analysts aren’t yet convinced.

Kraken Intelligence, our team of in-house research experts, has released its February 2021 Market Recap & Outlook Report, which dives into data that suggests market participant enthusiasm endures and that institutional adoption remains on an upward trend.

For example, our analysts find that bitcoin has shown a remarkably strong correlation to risk-on assets and risk-off assets as of late. We examine the potential implications, as well as what kind of return and volatility one might expect in the month of March.