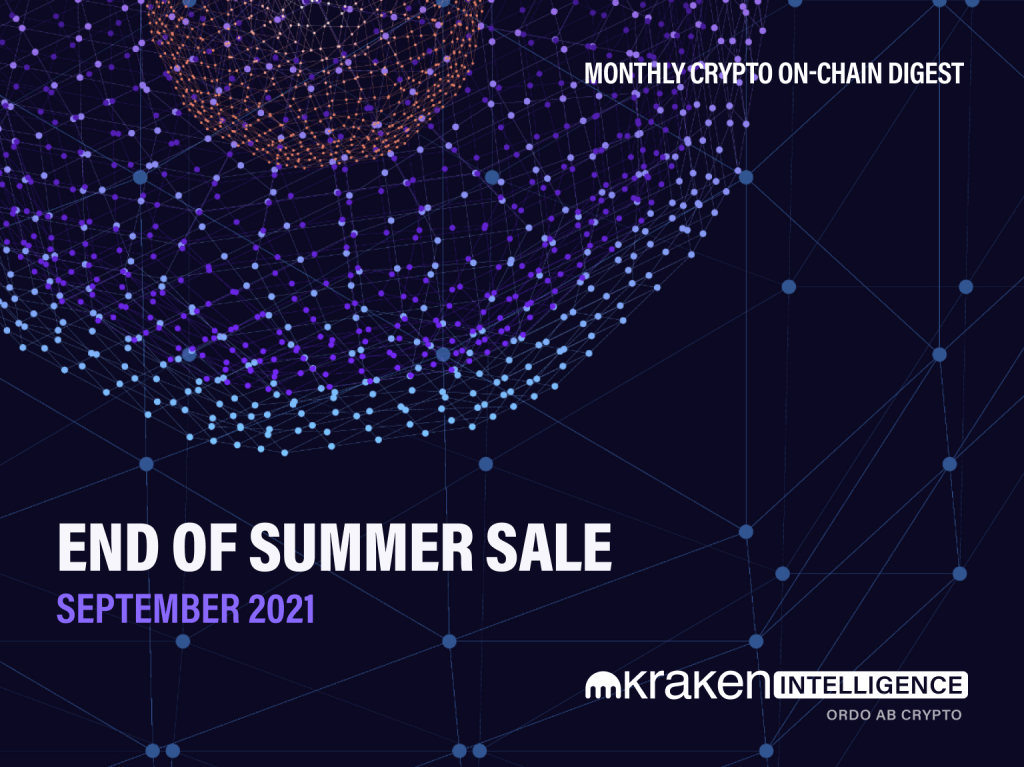 To separate the signal from the noise, the Kraken Intelligence team analyzes on-chain data to bring you the latest insights into the ever-changing world of cryptoassets.

Download the September on-chain report, “End of Summer Sale,” to learn why market participants remain optimistic (even in the face of a $10k red candle), what was behind recent weakness in the price of BTC and how a new hard fork is impacting Ethereum mining.

It looks like things are back on track for Bitcoin; it hit a one-year low in monthly active entities in mid-July, but network demand is rising once more (as evidenced by a 16%+ increase in monthly active addresses).

In the same period, China’s crackdown on miners caused hash rate to plummet, though a rebound suggests that miners are coming back online and a new all-time high could be around the corner. Moreover, miner outflows have fallen -42.4% since the start of the month, indicating that BTC miners are holding despite September weakness.

Burning by the Billions

A staggering $1 billion in ETH has been burned since Ethereum’s London hard fork went live in early August. Though the latest upgrade was thought to deter miners, on-chain data indicates that ETH miner demand remains strong. The network’s hash power and miner holdings reached new all-time highs on September 21st, with miner revenue reaching as high as $70 million earlier this month on the back of strong demand for NFTs and optimism over the network’s future.

A New Wave of HODLers

Things are heating up on other blockchains. Cardano’s Alonzo hard fork, which introduced smart contracts, has been credited with driving its market cap up by 56%, its active addresses by 74% and its transaction count by 123% over the last month.

An average of +20% active addresses have been identified across the board and assets like DOT and ADA have seen their number of hodlers increase on average +33% and +27%, respectively.

Download this month’s Kraken Intelligence On-Chain report to keep on top of the most important trends in crypto.