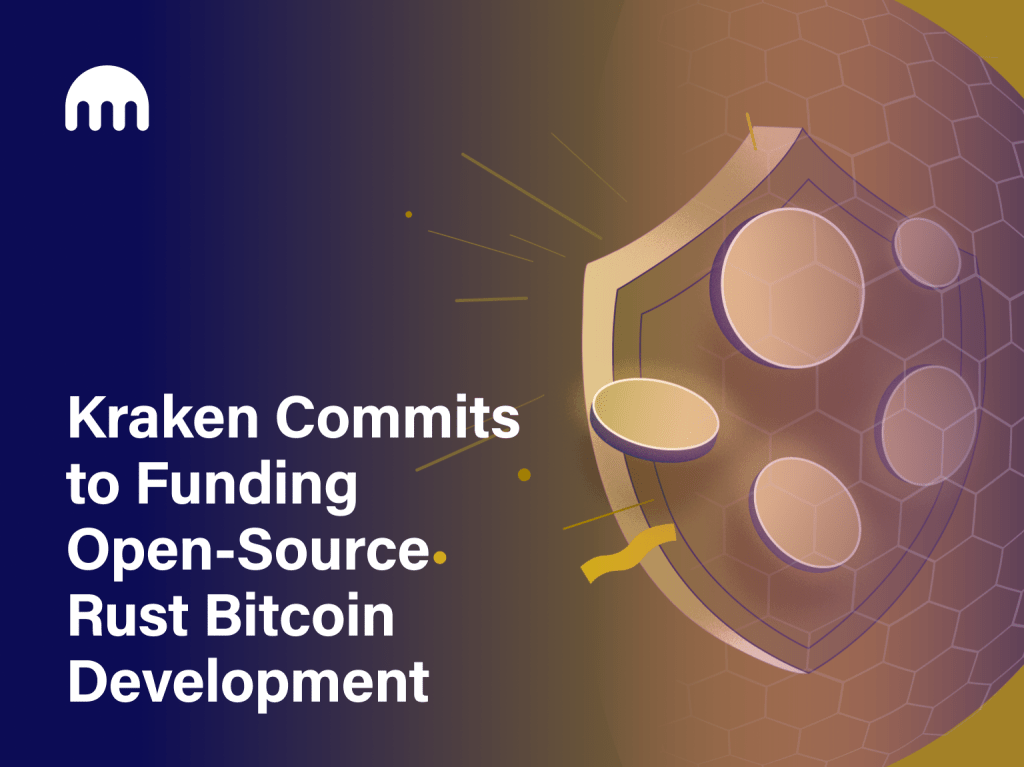 In memory of late Bitcoin Rust contributor and former Kraken employee, Tamás Blummer, our internal Tamás Blummer Memorial Fund aims to accelerate the development of Bitcoin Rust libraries. A pioneering entrepreneur involved in several Bitcoin companies, Tamás created a Bitcoin library written in the language before passing in 2020 after a long fight with cancer.

“Kraken remains committed to cryptocurrency and furthering the work of its pioneers,” said Kraken CEO Jesse Powell. “We hope this initiative showcases our commitment to investing in the future of Bitcoin in a way befitting Tamás’ legacy as an evangelist, colleague and friend.”

The Tamás Blummer Memorial Fund will be guided by an independent advisory board, ensuring it remains aligned with the needs of Bitcoin’s open-source contributors. Helping direct the initiative will be Blockstream Director of Research Andrew Poelstra, independent researcher Tuur Demeester and Kraken Bitcoin Product Manager Pierre Rochard.

To begin the effort, Kraken has committed to hiring a Senior Open-Source Engineer tasked with improving the development flow for the Bitcoin Rust project. An independent position funded by Kraken, this role will be supported by our engineering leadership as well as our advisors.

Interested? Take a look at the full job description. As Rust increasingly becomes a core part of our codebase, Kraken is also hiring for a number of Rust-related roles: Backend Engineer, Senior Banking Engineer and QA Engineer.

Rust is a language renowned for its focus on safety and performance – an ethos that resonates deeply with our own as a global exchange. In launching the Tamás Blummer Memorial Fund, we strive to continue Tamás’ work in nurturing a security-oriented Bitcoin ecosystem.