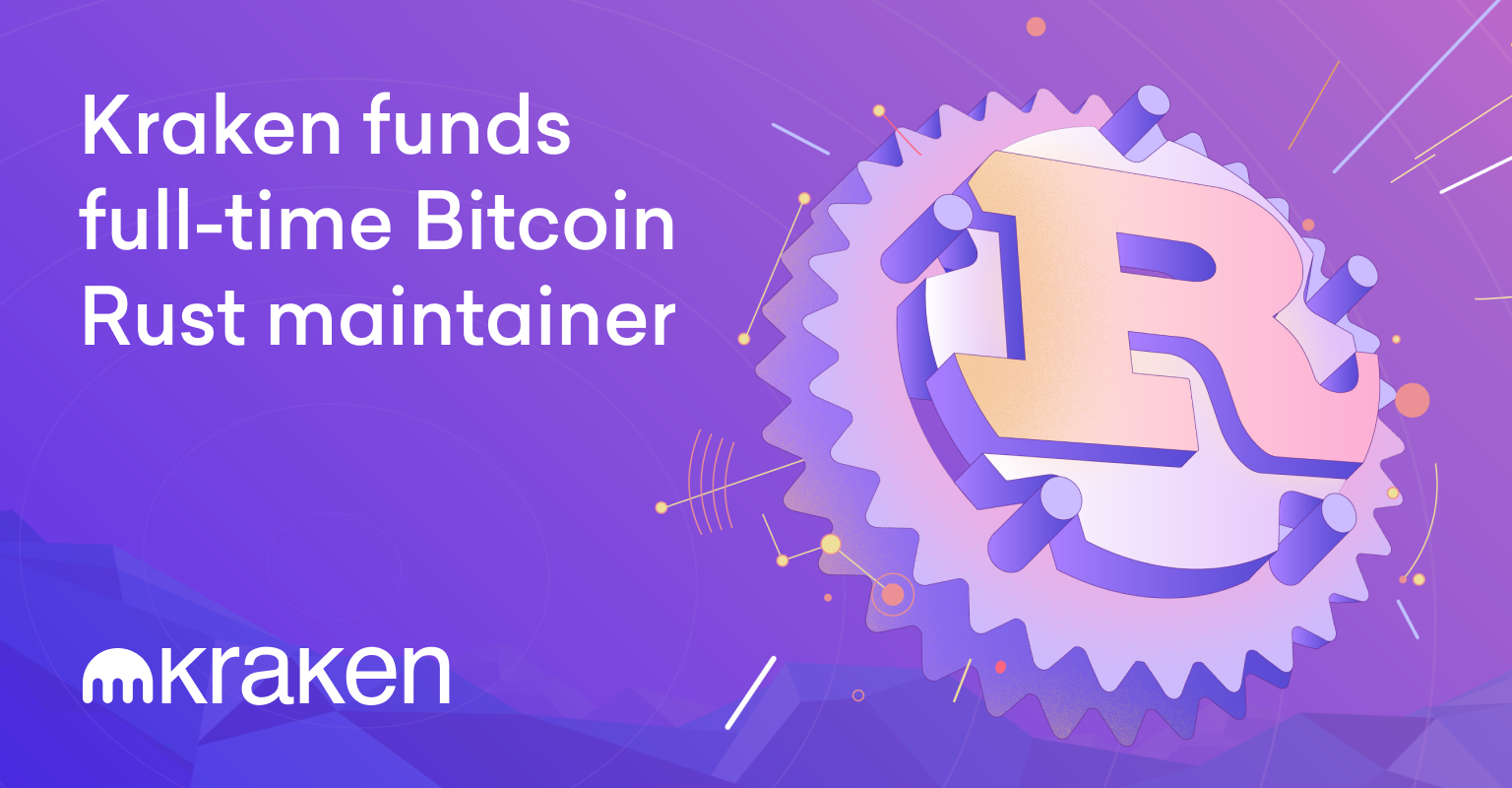 In the cryptocurrency world at large, Rust is fast becoming the preferred programming language for safe, long-lasting software. That’s why we’re thrilled to announce Kraken has officially funded developer Tobin Harding (tcharding) as a full-time maintainer for the Bitcoin Rust repository.

For Kraken, this initiative represents our commitments to both Bitcoin, as an asset core to our global exchange, and Rust, a computing language that helps us facilitate billions of dollars in daily trading volume for clients across the globe.

“Rust has proven itself time and again as the language for future-proof infrastructure,” said Steve Hunt, Vice President of Engineering. “It’s our privilege to fund someone as talented as Tobin in further strengthening the Bitcoin ecosystem through its implementation.”

The fund is directed with the guidance of external advisors, including Blockstream Director of Research Andrew Poelstra, independent researcher Tuur Demeester, and Kraken Bitcoin Product Manager Pierre Rochard, who assisted in Tobin’s appointment.

“Tobin is an expert on open-source development, git workflows, Rust and Bitcoin,” Poelstra said. “We are looking forward to the upcoming Rust Taproot release, and beyond that, improving our processes and APIs in ways that we’ve been waiting to do for a long time.”

As Rust increasingly becomes a core part of our codebase, Kraken is also hiring for a number of roles that require Rust competency. Applicants should note we seek experience in open-source contributions for all of our full-time development roles. A full list of our open Rust roles can be found on our Careers page.